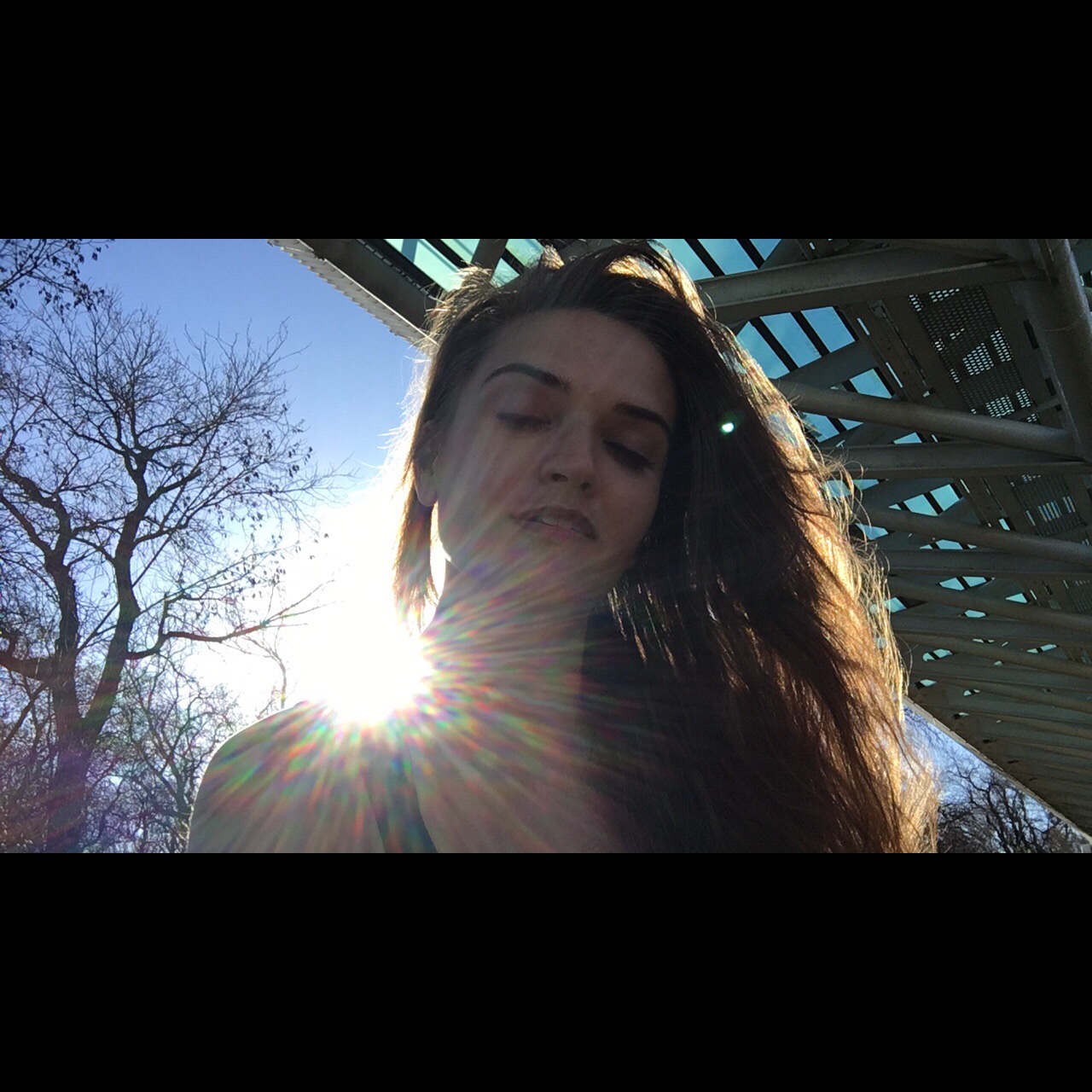 A couple years ago, I was in a difficult time with the Lord. He had promised me certain provisions that had not yet happened. I cried out to him in frustration, “What do you want from me Lord? What do you want?!” In that moment, I saw Jesus, and he said, “I want you to feel rich when you have no money in your pocket. I want you to feel at home when you don’t have a place to live, and I want you to feel fully loved when everyone around you is against you.” That word he spoke, has resonated within me so much, especially on this trip. I knew in that moment when he said this to me, that it would be tested in order for it to become real. I had to know, who is God with out these things? Who am I without these things?

Even after several years of intentionally spending hours with the Lord daily, and going through the processes of major material loss of both my jobs, my car, my bank account, and other things that I wanted but weren’t necessities, I still came here with residual orphan, victim, and poverty mentalities. I came here with trust issues with people and God and I had no idea how prevalent they were until they surfaced in certain moments. But when God created me, he made me strong and made me brave. By hanging on in the hardship, I was able to really get to know God as my father, and as my provider. I was able to see how thoughtfully and tangibly he would reach into my life. Although the lows felt super low, he would release sweet moments to revive and sustain me. He kept placing people in my path along the way to bless me and restore my trust in humanity as well as him. I knew the worth of hanging in there even through the tough times, that the reward would be great freedom within. The Lord has told me before, he holds freedom as the highest of all things, because that is where love is birthed.

Skye and I left for the airport at 3:30am on September 29th, 2017, and we boarded a flight that took us from Atlanta to San Francisco. The flight was great. We had a really rocky, not fun, 12 hour transition from the flight to the train, due to my poor planning, that will be on point next time around. However, once we stepped off the train, the next day at 3:30am in Redding, I immediately felt this deep sense of homey comfort inside. I felt this reassurance that I was exactly where I was supposed to be. As soon as we stepped off the train, I looked up and saw a blonde woman holding a to go coffee cup in her hand smiling and talking to another woman. Skye was asleep strapped in his car seat which was strapped to my roller carry on. I had a stroller, and 3 large bags. I regrettably did not pack light like Holy Spirit suggested before I left.

“Oh my gosh!” She said. “Let me help you!” She helped me push a few of my bags to the train station. She was super friendly telling me how she had just dropped her daughter off on the train for college. Then she asked me where I was from and where I was headed to. She asked me if someone was waiting for me. I told her I was about to call an Uber. She looked and me and said “At this time in the morning?” She said, “You don’t want to hang around here. There are a lot of weirdos. Let me take you!”

I normally don’t take rides from strangers, but this woman was so full of coffee and joy and I knew it was a gesture from the Lord. The car ride felt so surreal. I wondered a few times if she was an angel. I felt such a warm and welcoming feeling. The sky was gorgeous, the stars were so visible and the area we went to, Shasta Lake, was beautiful and so quiet. I loved how quiet it was. We talked about the Lord on the way and what brought me to Redding. We got to the guest house and she helped me with all my bags. After she left, Skye and I climbed into bed. It was the absolute most comfortable bed I have ever slept in, and we had a great night sleep.

When I planned this trip, I kind of didn’t have a plan. I asked the Lord, how many days do I book an AirB&B for when I first get there? I heard him say “2 days.” I did not know where I was going to be staying long term. I had looked online and joined all these housing Facebook groups, but I couldn’t find anything that would work for us. My hope was that the Lord would align me with a divine connection that Sunday at church. I planned to be there all day, because they have services 4 times on Sunday, including a night service and classes. That did not work out like I was hoping it would. So I asked the woman at the AirB&B if we could stay a little longer and I bought two more days with her.

I was starting to get anxious, I came there with less than $800 in my pocket and the place we were staying was eating up my stash quickly if I was to continue night after night. Our food was running low. At the end of 2 days, I packed up all of our stuff, went up to Bethel Church and sat at one of their tables outside to try and figure out where to go next. The weather was changing to fall at the time and it was starting to get chilly. We were inappropriately dressed for this. As the hours passed by, it began to get dark. I was feeling all kinds of emotions, throughout the day and I ended up feeling so angry toward God. I was hearing orphan voices harassing me, in my mind saying things like, “He’s going to abandon you. …He’s not going to come through for you. …You came all the way out here for nothing.” After hours of sitting at the church, looking online and chatting with people here and there, finally I had the brilliant idea of contacting the woman at the AirB&B and asking her if we could come back and stay longer. She said yes and I was so excited to get back to a nice warm, comfy, place.

Right as I was about to call an Uber, a man came up to me and said, “Hi, I noticed you have a lot of bags with you. Are you okay? Do you need a ride somewhere?” I said, “Yes actually, I was just about to take an Uber to an AirB&B.” He said, “I can take you. Let me get my wife and our van and we can take you back.” We loaded up his van. His name was Tim and his wife’s name is Flerida they were both so nice. They were from Thailand. They had moved out there as missionaries and were visiting Bethel for the Open Heaven’s Conference that week. We were chatting on the way, sharing stories about what the Lord was doing in each of our lives. As we were talking, Skye said, “Mommy, I’m hungry.” I felt so bad inside. We were so low on food. I knew I had just enough food in one of my bags for him that night. There weren’t any stores or restaurants on the way, or else I would have asked them if we could stop. I quietly told him, “Okay baby, we will be home soon.” The couple dropped us off and helped us with our bags. Tim had a bag of grapes by the driver’s seat and Skye helped himself to them as we were unloading. When they left, I noticed Tim had placed the bag of grapes on the counter in our kitchenette for Skye. Which I thought was so kind.

About an hour later after they left, there was a knock on our door. I went to open it, and it was Flerida. She had a huge bag of groceries from Trader Joe’s in her arms. She had a big smile on her face. She said, “Hi! Tim heard Skye say he was hungry, so we went to Trader Joe’s and got you some things. I hope you like the stuff we picked out.” I was blown away. I thanked her and told her how much I appreciated it and I hugged her. When she left, I was so overwhelmed with love. I had such an emotional day and this just shifted everything. I walked over to the little kitchenette sink and just cried and cried. I felt the Lord’s presence inside and out as if he was holding me in the moment. I was so moved by the Lord. He was reassuring me, “I see you. You’re not alone. You’re not alone.” Skye was so excited about all the food he was dancing around. He ate a full rich meal that night. There were so many goodies in there. All kinds of delicious fruits and meals and snacks. That lasted us for days. From where we were staying, Trader Joe’s was about 20 minutes away. It was dark, chilly, and getting to be late at night, they went all the way out there and came all the way back, just because they heard a need, and wanted to help. I was so overwhelmed with their kindness and was so moved by the thoughtfulness of the Lord.

Thanks for reading!! I look forward to sharing with you what happened next, and how the Lord came through for us when we ran out of money completely and had no place to live.

Hey friends! I have been receiving messages from people who want to sow into what the Lord has been doing in my life, and Skye’s life on our journey out here in Redding. Others have messaged me who have been really moved by what the Lord is doing through Adventures with Holy Spirit and also asked how they can give. I decided to set up a give page. If this is something you are interested in, click here! Thank you so much. Blessings and Shalom to you and your family!!